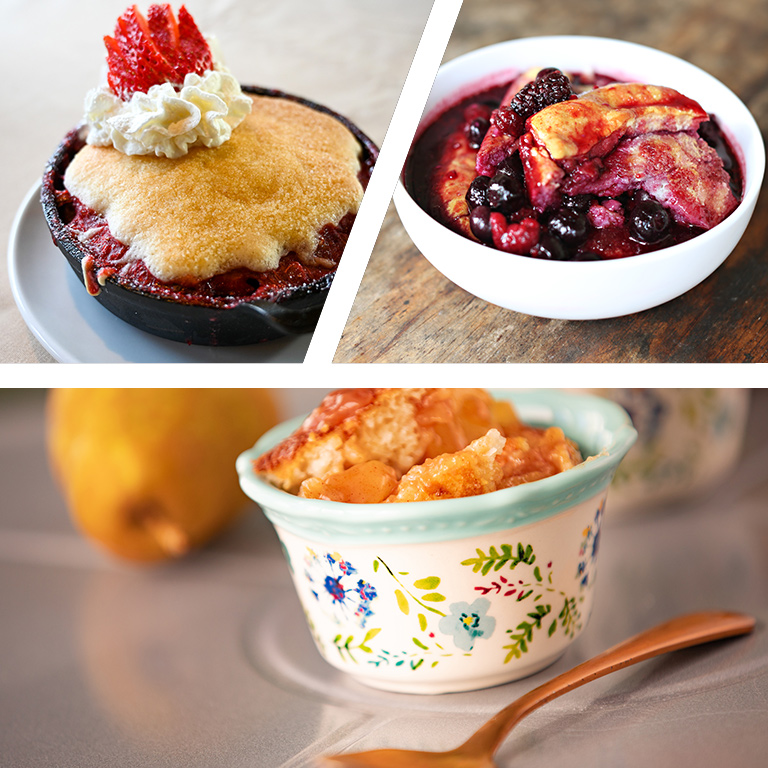 The origins of the name “sonker” date back at least to Surry County’s original settling, if not earlier. Scottish and Scotch-Irish immigrants began settling in the Yadkin Valley of North Carolina in the early 1700s, and Surry County was officially formed in 1771.

The word “sonker” comes from the Scottish dialect and originally referred to a small, grassy knoll that could have been used as a seat.

The meaning evolved to describe a seat made from bundles of hay or straw, and eventually a saddle of straw. Many suspect the irregular dough covering the bumpy filling reminded cooks of a knoll or saddle, prompting the term “sonker.”

Another school of thought says the dessert derived its name from the word “sunk” because the crust of a sonker sinks into the fruit filling. After being passed down through decades of rural Carolina dialect, perhaps “sunker” became “sonker.”

Although it's hard to say for sure where the name "sonker" came from, it's much easier to say what it is.

Sonker is best described as a hybrid between a cobbler and a deep-dish pie. Generations of Surry County residents have handed down recipes and tweaked them to suit their tastes and the available ingredients of the time.

Sonker comes about by blending fruit and unshaped dough, often sweetened with sugar or molasses, and an occasional spice of the cook's preference.

It can be accompanied by a dip (glaze) made of cream, sugar or molasses, and a few drops of vanilla extract. This is usually poured over the sonker in the dish.

There is a lot of variance in the crusts. Some recipes call for a pie-like crust, while others call for a bread-crumb topping. Some even make their sonker in a pot on the stove, with a crust that is more akin to dumplings.

It is believed that folks in Surry County made sonker as a way to stretch the usage of their fruit in tough times, or as a way to utilize fruit that is toward the end of its ripeness.

In a story in its July 1, 2013, edition, The New York Times described it thusly: "A soupy, deep dish baked dessert of sweet potatoes or fruit topped with a crust or a batter.”

Here's another line from that New York Times article we like to share: "The dessert is baked nowhere else in the nation."

So come to Surry County and taste for yourself. Maybe you'll consider it a cobbler, a pie or perhaps a grunt. Regardless, it's a heavenly slice of rural Americana that's worthy of a try! 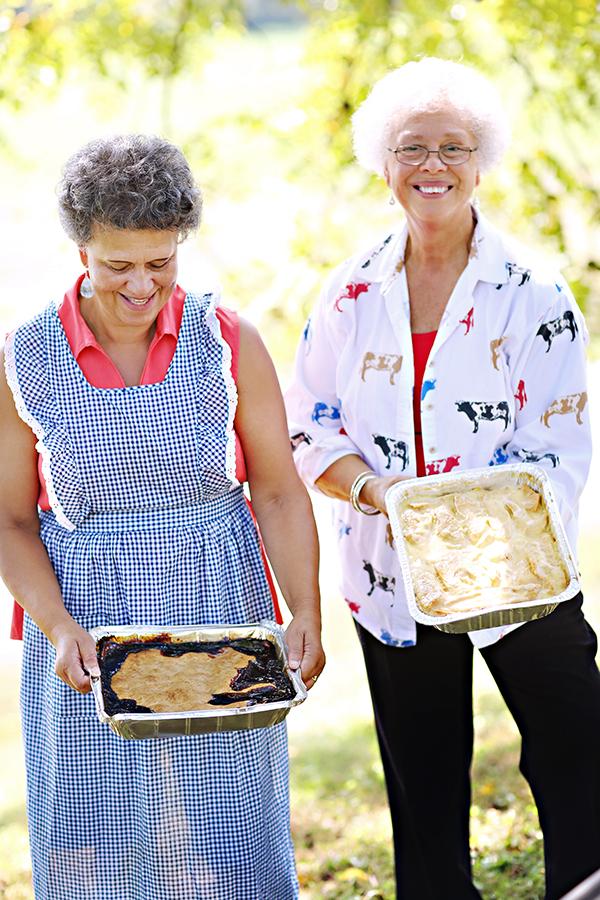